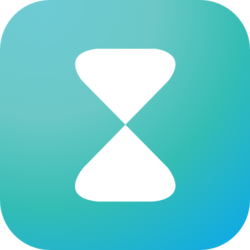 Sealed is a new iOS app that sends time-delayed photos, videos, and gifts. It immediately notifies recipients so that they know messages will eventually unlock, adding anticipation to the messaging experience. The most direct use cases could be for birthdays, holidays, and other events where you might send a greeting card. However, Sealed is fundamentally a tool to give close friends & family messages to look forward to, and could be used in many creative ways by a wide range of people. With future updates, Sealed will be the best way to send a gift card in advance, like a digitally wrapped gift.

I became intrigued by entrepreneurship during college where I studied in the Science Technology & Society program. Sealed first emerged in a graphic design class senior spring. In retrospect, the app was motivated by my lack of videos from my father, who died by suicide halfway through sophomore year. There is nothing more important to us than each other, and this app is a stab at creating a tool that can enhance our relationships in a fun and potentially meaningful way. Read more here.

Sealed is being built as part of Hidden Founders' inaugural batch of seven products, selected from over 150 submissions from around the world. Hidden Founders is a "CTO-as-a-service" company that builds an MVP for 7-10 startups over the course of 9-10 months in exchange for cash and some equity.

Sealed is the only way to send a message that arrives locked, and displays the sender ID as well as unlock date, making full use of anticipation. Other similar apps (Incubate, Hatch, FutureCam, Flashgap) do not show up locked; they drop in only once, unlocked, on the unlock date itself, providing a surprise without prior knowledge. None of these apps have achieved market saturation, but several have attracted over 10K users and received venture funding.

Sealed will initially attract a young and tech-savvy demographic, but ultimately people of many ages may be attracted to this time capsule platform. High schoolers and college students in relationships will love Sealed. Student groups, fraternities & sororities, young families and nostalgic parents may also find Sealed to be useful. Anyone who holds their friends and family close may find Sealed to be an intriguing experience.

Sealed will be launching on the iOS App Store on June 11.